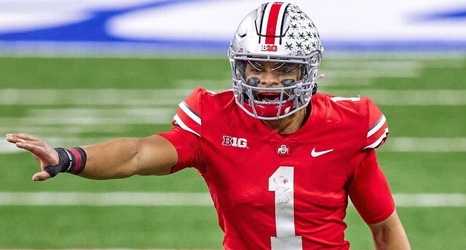 CHICAGO -- Four years after the Chicago Bears traded up to draft Mitchell Trubisky, an experiment that eventually fizzled out, the Bears once again pulled off a stunning draft-day move and traded up nine spots with the New York Giants to take former Ohio State quarterback Justin Fields at No. 11 overall in the 2021 NFL draft on Thursday.

The Giants received Chicago's first-round (No. 20) and fifth-round picks this year, and the Bears' first- and fourth-rounders next year.

The Bears signed veteran Andy Dalton for one-year, $10 million in free agency, but Chicago's sights were always set on finding its quarterback of the future.