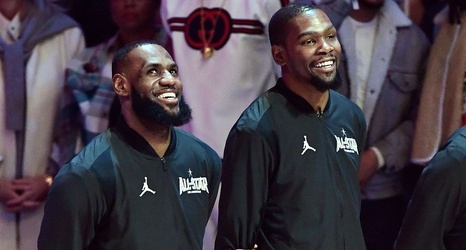 NEW YORK -- Brooklyn Nets' Kevin Durant will still serve as an All-Star captain despite a hamstring injury that will keep him from participating in the game.

Durant, alongside LeBron James, will draft a roster out of the pool of selected All-Stars. The All-Star draft will air on TNT on March 4.

It remains unclear whether or not Durant will travel to Atlanta for the game on March 7.

Durant has missed the Nets' last seven games with a hamstring strain and has been ruled out through the All-Star break.