Why Gambling Operators Are So Interested In Sponsoring Premier League Clubs 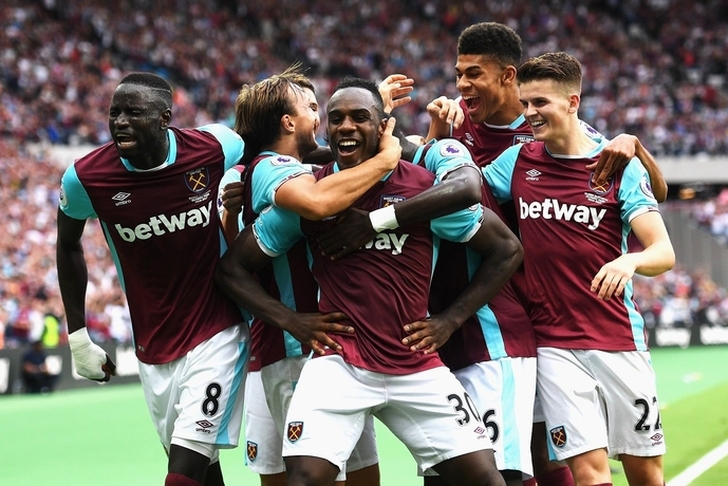 It is a common knowledge that gambling is an activity taken up by people of all ages throughout the globe. British casinos, for example, are visited by people as young as 18 and as old as 70. What is more, nowadays it seems that new gamblers are drawn to this industry not each day, but each hour. How come betting operators still manage to claim our attention? Well, there are many reasons for it, but one particular reason seems to stand out from the rest – betting operators have mastered the art of advertisement.

Everywhere around the globe, renown betting operators sponsor all kinds of events and businesses. In Britain, however, sponsorship trends take a rather unexpected turn, and in that way they turn the rest of the world’s views on betting operator sponsorship upside down.

In their attempt to gain as much popularity as possible, betting operators throughout the world have spread beyond the world of gambling. And a long time ago, a number of trusted casinos online accepting players from the UK as well as UK-based bookmakers have decided to gain popularity by sponsoring EPL clubs.

As mentioned, this trend started in 2002 when BetFair and Fulham penned a sponsorship deal. 16 years later, 9 EPL clubs—or 45 percent of all Premier League teams—are sponsored by a betting operator. What is more, even the teams which joined the division just last summer, Huddersfield and Newcastle United, signed sponsorship deals with betting operators.

And now, let us take a look at some of the most popular betting operators sponsoring EPL clubs.

First in our list of EPL clubs sponsored by betting operators is West Ham. The club underwent a series of successes in 2015 and 2016 shortly after signing a 3-year sponsorship deal amounting to $20 million with Betway. This is claimed to be the team’s greatest success.

Second comes Stoke City, which has been sponsored by Bet365 ever since 2012. Back then, Bet365 distributed £1.3 million to the club for the entire year. Nowadays, the betting operator distributes as much as £3 million to the team every month. What makes Stoke City’s and Bet365’s affair even more intriguing is the fact that the club’s owner also owns a large number of shares in the betting company as well. Bet365 is such an integral part of the club’s life that even Stoke City’s stadium bears the betting company’s name.

Next in our list comes AFC Bournemouth and its sponsor – the online gambling company M88. The club recently signed a 2-year shirt sponsorship contract with the online gambling operator. Consequently, the betting operator’s logo was placed on the front side of the team’s shirts, and the company was also be able to brand various sites within AFC Bournemouth’s home ground stadium.

M88 has announced their intention to launch a series of promotions to engage new customers. In addition, the betting company wants to help popularise the club among sports fans all over the globe.

Swansea City is another EPL club sponsored by a betting operator. The football club penned a deal with the Asian company Letou some time ago. Thus, Letou has become Swansea City’s main shirt sponsor. However, the terms of agreement between the two parties were not publicised, and the only thing we know for certain is that Letou’s logo will remain on the team’s shirts throughout the 2017-2018 year.

Newcastle United, along with their shirt sponsor FUN88, come up next. In 2017, the online gambling operator and the football club penned a 3-year shirt sponsorship deal. And so, the betting company’s logo is to appear on the team’s well-known black and white-stripped shirts just in time for Newcastle’s 125th anniversary.

The announcement of the partnership between the two sides was made in an exclusive online video, in which legendary players play ball with members of the betting company to demonstrate the club’s new shirts.

In 2016, Burnley FC and Dafabet signed a multi-million-pound contract. As a result, Dafabet’s logo appeared for the first time on the team’s kit in the 2016-2017 season. According to the contract, the online gambling company will remain Burnley FC’s official shirt sponsor for the current 2017-2018 season as well.

Sources say Dafabet has agreed to offer sponsorship spaces on the shirts of the club’s junior team as well, but we are not optimistic about FA permitting such an action. Nevertheless, if the space is used, it is likely to increase the popularity of Burnley FC, laying the groundwork for the team’s prize-winning plans.

Last year, Everton signed a 5-year shirt sponsorship contract with the Kenya-based gambling operator SportPesa. In that event, the company’s logo will appear on the same spot on Everton’s shirts where, not long ago, Chang Beer’s logo was sported. Rumour has it that the club could pocket about £75 million from this and an additional naming rights deal.

In addition to the contract, SportPesa have announced their intentions to set up European headquarters in Liverpool, which is expected to generate more than 70 new jobs.

Of course, this is by no means a complete list of all EPL clubs sponsored by renown betting operators; the list has been presented in order to grasp the scale of betting operator sponsorship, which apparently rules over the football world.

But all is about to change in the near future. Last year, the Football Association announced that after the termination of a contract with Ladbrokes worth £4 million, it will no longer have a betting partner.

This decision was agreed upon after a three-month lasting examination on the matter of whether deals with betting operators are appropriate or not. In addition, Joey Barton’s accusations of FA after the termination of the Ladbrokes contract proved to be another key moment which made FA change its mind about letting betting operators sponsor EPL clubs.

The EFL also protested against the decision, claiming that the gambling industry and the football industry can go hand in hand with no harm done to anyone. A EFL spokesperson said that it was up to FA to punish every breach of the betting rules which all participants have to abide by.

Greg Clarke—FA’s chairman—has demanded the examination to be made without reference to the Barton case. The player which raised FA’s suspicions of probable match-fixing has placed more than 1,200 bets between 2006 and 2013.

As mentioned before, about 45 percent of EPL clubs are sponsored by betting operators. But things do not end at Premier League because, further down the football pyramid, another 16 clubs have signed similar contracts with betting operators.

From now on, football clubs will be forbidden from penning deals with betting operators under the Labour government’s decision. This year is likely to see a series of proposals aiming to limit the influence betting operators have over the football teams they sponsor. In addition, government could be forced to launch an independent examination of the matter.

Labourists also expressed their readiness to legislate an eventual ban if FA agrees to ban betting operators’ sponsorship of football clubs. A Labour party member commented that stamping football shirts with betting operators’ logos is far from a victimless crime. According to Labourists, this practice essentially means that EPL clubs and their managers do not take gambling addictions seriously enough, and possibly even encourage gambling, too.

Using football, betting operators reach a public of all ages – not only adults capable of making adequate decisions. What is more, nowadays commercials featuring football legends who promote a given betting operator are being broadcast on commercial television throughout the day. While adults can distinguish football from betting, for children things are not that easy. Younger football fans are bombarded with such commercials on a mass scale and this can make them believe that betting and football are two inseparable things.