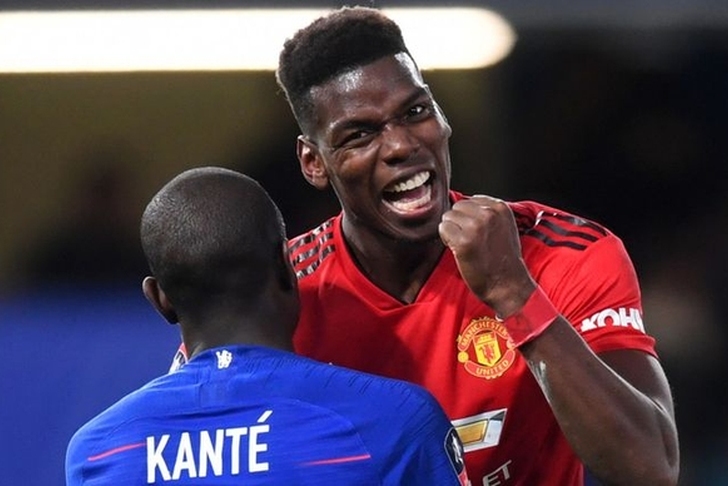 There's an ancient fairy tale about a princess who kissed a frog, and it turned into a beautiful prince. The prince goes on to marry her, and everybody lives happily ever after. It's one of the first fairy tales we learn when we're infants, and one that sticks in our memories because of the bizarre concept of it.

Over time, the tale has been turned into a metaphor. A single person who is settling down to be married is said to have ‘stopped kissing frogs.' There have even been self-help guides for the unlucky in love which refer to it in their title. The metaphor can also be applied to businesses looking for their perfect employee, or sports teams looking for their perfect coach. In the case of Premier League giants Manchester United, it may be time for the board of directors to stop kissing frogs right now, and stick with what they have in Ole Gunnar Solskjaer.

If you're not familiar with the tale, then all you need to know is that it's a Brother's Grimm story which has since been adapted and turned into many films, most recently Disney's ‘The Princess and the Frog' from 2009. It also spills over into other areas of entertainment, for example, the Enchanted Prince slot game, which uses the visual themes of the story as decoration on its reels. It may be the slot game that bears the best comparison for the sports scenario:- Any team appointing a new coach is looking for an upturn in their fortunes. An upturn in fortunes on the field means more prize money away from it. You line everything up, kiss the right frog, and the jackpot could be yours. In recent years, United’s issue is that they’ve been kissing the wrong frogs.

One small detail that differs between the original Brothers Grimm text and the more traditional telling of the tale is the kiss itself; in the Grimm version, the princess throws the frog against a wall in disgust to break the spell, rather than kissing him. Ed Woodward, Manchester United's Chief Executive, probably wishes he could have done exactly that with some of his failed appointments since the retirement of legendary manager Sir Alex Ferguson in 2013. By now, he must be a very frustrated princess. Despite that, if he’s willing to learn lessons from his mistakes, he now has the chance to set things right.

Instant wrong turn
Arguably, every manager United have appointed since Ferguson has been a failure, even if they’ve collected lesser-regarded trophies in the past four seasons. As a result, they’ve gone from a club with a reputation for stability (having retained the services of the same coach for over 25 years) to one with a reputation for sacking managers when things go wrong. That’s not a reputation the club enjoys, and it’s not one they should ever have obtained.

Their first error was appointing David Moyes as Ferguson’s successor on a ridiculously long contract; one that wouldn't have expired until the Summer of this year. Despite that, he was fired after less than one full season. You can almost see what the board was thinking here; to the untrained eye, Moyes had a lot in common with Ferguson. Both are wily Scotsmen who had caught the United board's eye by overachieving with smaller clubs; Aberdeen in Ferguson's case, and Moyes with Everton. There was a fundamental difference though; Ferguson had won major domestic and European honors with Aberdeen. Moyes had never won a major trophy.

It was very quickly apparent that the job was too big for Moyes; a series of losses had him downplaying the club's prospects in interviews, and lamenting the quality of his squad despite the fact they'd won the league championship the previous year. Negative in both his outlook and his tactics, Moyes had to go when the club fell out of contention for Champions League football. The board decided they needed a bigger character, and so they made an even bigger mistake twice in a row.

Culture clashes
Although neither man would thank you for the comparison, both Louis van Gaal and Jose Mourinho had similar tenures at Manchester United. Van Gaal brought the club the FA Cup, and Mourinho both the League Cup and the Europa League, but they did it with negative football and a surly manner when dealing with the press and with players. Van Gaal famously got the name of center-back Chris Smalling wrong frequently in interviews (bizarrely calling him ‘Mike’), and Mourinho’s issues with Paul Pogba are well known.

Both managers had huge reputations and huge egos, and came into the club wanting to mold it in their own image. The issue was that United already had their own image, firmly entrenched throughout several decades, and it was one they didn't want to part with. Manchester United, whether winning or losing, have always been known as a club that played attacking football, and kept personal issues in-house. For all the success that the Dutchman and the Portuguese had enjoyed elsewhere, they couldn’t adapt to Manchester United’s culture. In both cases, that ultimately cost them their jobs.

Return of a legend
When Mourinho was fired and club legend Ole Gunnar Solskjaer was installed as caretaker manager until the end of the season, several eyebrows were raised. Solkjaer's love of the club wasn't in question, but his record as a manager was. His sole foray into Premier League management had ended in relegation with Cardiff City, and although he'd racked up league titles in Norway with Molde, the Norwegian league is hardly an equivalent to England's top division.

Solskjaer had something none of his three predecessors did, though; an existing understanding of the club’s DNA. For eleven years as a player, and a couple beyond that as a youth team coach, Solskjaer had directly experienced how the club works. He’d played under, and learned from, Sir Alex Ferguson. He knew what was expected of a manager at the club, and what the fans expected to see.

From the moment he walked through the door, the demeanor of the players and the playing style changed. His players openly embraced him, and results improved instantly. When Solskjaer conducts press conferences, he talks in aspirational terms; of wanting to win every game, of wanting to end the season with trophies. He's unshackled both Paul Pogba and Anthony Martial to lethal effect, with both now scoring goals at hitherto-unseen levels in their United careers. He's breathed confidence back into young striker Marcus Rashford. He may not have the CV that the United board are looking for in terms of success elsewhere, and he may not have the global profile or reputation, but he has the blood of the club running through his veins. Solskjaer may not be an ‘exciting' long term appointment as manager, but all evidence suggests that he's the correct one.

Regardless of that, rumors persist that United are still considering an approach for Tottenham Hotspur coach Mauricio Pochettino; a well-thought-of manager, but one with no experience of Manchester United, and no major trophies to his name. If they follow that route, the feeling around Manchester United fans is that they'll be back to kissing frogs, and they'll have let their enchanted prince get away.