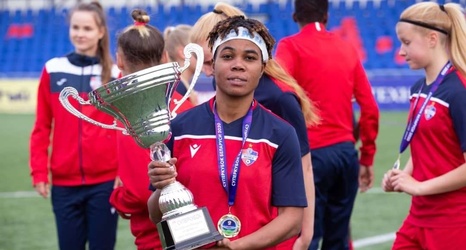 Chioma Wogu netted her first hat-trick for Minsk and made an assist as Emuidzhi Ogbiabekhva and Alvina Niyolle scored one each in their 8-0 triumph over Bostor on Sunday.

The African trio had made an impressive start to the season as they found the back of the net in their team's 10-0 opening victory over Dnepr Mogilev at home a week ago.

The Belarusian Super Women's Cup winners continued their high-flying form when Wogu opened the scoring for the visitors just two minutes into the encounter.

Oghiabekhva doubled the lead from Wogu's assist in the 21st minute and Wogu grabbed her second and Minsk's third of the match on the brink of half-time.