Which clubs will USWNT stars Tobin Heath and Christen Press play for next? 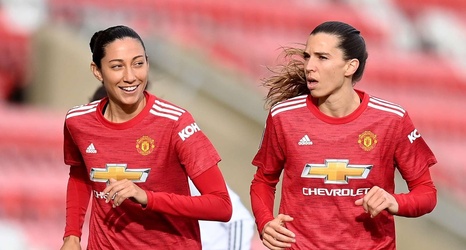 Tobin Heath and Christen Press are two of the biggest stars of the U.S. women’s national team (USWNT).

Both are two-time World Cup winners, with Heath a two-time Olympic gold medalist too, having made her international debut five years before Press. Yet despite their iconic status in women’s soccer, they both traveled to Japan for this summer’s Olympic Games without clubs.

It was confirmed in August that Press will join expansion club Angel City, who will join the NWSL in 2022, but there is a big gap for her to fill before that move.