West Ham star Andriy Yarmolenko has flown to rescue his wife and child from the Ukraine border after they fled the Russian invasion, reveals Ukrainian idol Andriy Shevchenko - who admits his own family are refusing to leave war-torn Kyiv 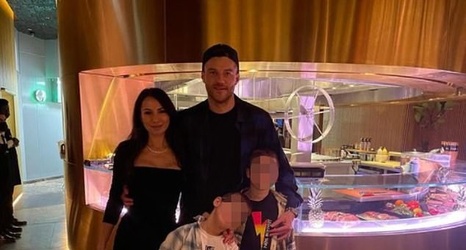 West Ham United forward Andriy Yarmolenko has flown to the Ukraine border to rescue his wife and child after they fled the country following Russia's brutal invasion, according to national team legend Andriy Shevchenko.

It has been a week since Vladimir Putin launched a Russian invasion of neighbouring Ukraine, with heavy shelling on a number of cities claiming the lives of over 2,000 civilians, while the UN have reported that over half a million people have fled their homes throughout the country.

Yarmolenko, who is his country's third most-capped player of all time, was granted compassionate leave by West Ham on Sunday and therefore missed their win over Wolves, but all of his team-mates wore shirts with his name on the back during their warm-up.