West Ham 'readying £120,000-a-week contract offer for star man Declan Rice' as they look to tie up his future and fend off Chelsea interest before the January transfer window 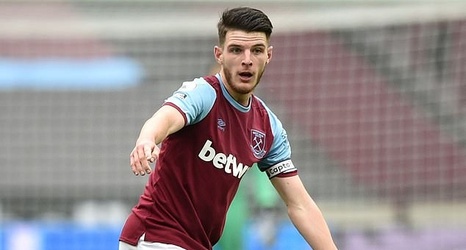 West Ham are reportedly preparing a big-money contract offer to star player Declan Rice in the coming weeks as they look to tie down the 21-year-old with Chelsea still interested in his signature.

Rice has become West Ham's most important player and was again integral as the Hammers held Manchester City to a 1-1 draw on Saturday in the Premier League.

A regular for both club and country in the centre of the park, Rice has attracted interest from boyhood club Chelsea but according to the Daily Star, West Ham are set to offer Rice a new deal which would double his £60,000-a-week wages.