'We will go with a white flag in one hand and the Betis flag in the other': Real Betis reveal TWELVE hardended supporters will travel to watch their Europa League play-off clash with Zenit St Petersburg despite rising tensions between Russia and Ukraine 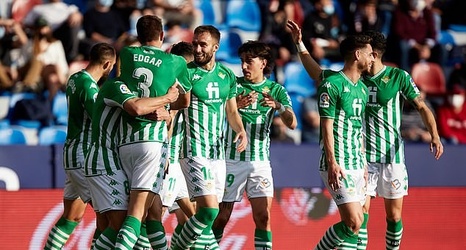 Real Betis have revealed that 12 hardened indviduals will take their place in the away end for Thursday night's Europa League clash at Zenit St Petersburg, despite the growing international tensions between Russia and Europe.

Manuel Pellegrini's men face a tough test against the Russian Premier League leaders at the Gazprom Arena, and will be cheered on by just a dozen fans inside the stadium which has a capacity of 68,000.

The match is due to take place in the context of an ongoing stand-off between Russia and central European powers over the threat of war with Ukraine.