'We need to wait until we can fill the stadiums up': Glenn Murray says the Premier League should NOT return behind closed doors amid coronavirus crisis despite plans being put in place to resume on June 1 in empty grounds 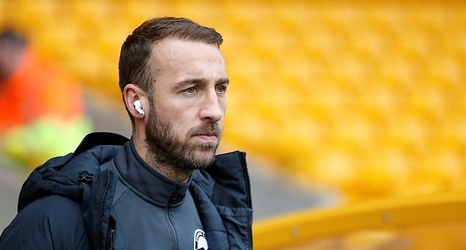 Brighton striker Glenn Murray says the Premier League should not return behind closed doors and should wait until fans are allowed back into the stadiums.

Murray, alongside every other professional footballer, is unsure when he will be returning to the pitch with plans being considered for a comeback on June 1. The coronavirus outbreak has caused the league to postpone matches.

The 36-year-old, however, believes football without the fans is not a good idea and would rather wait until fans can make a 'celebratory' atmosphere across the UK.

'First and foremost all professional footballers want to finish the league,' Murray said.