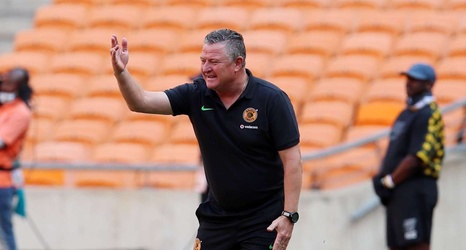 Kaizer Chiefs head coach Gavin Hunt has shared his thoughts on the club's failure to overturn its Fifa-issued transfer ban.

The Court of Arbitration for Sport (Cas) dismissed the Soweto giants' appeal against a two-window transfer ban on Tuesday.

Chiefs will not be able to register new players for two consecutive transfer windows and this has affected Hunt's plans in his first season with the Glamour Boys.

Hunt led Amakhosi to a 1-0 win over Chippa United in PSL encounter on Tuesday night and the former Bidvest Wits head coach discussed the transfer ban during the post-match press conference.