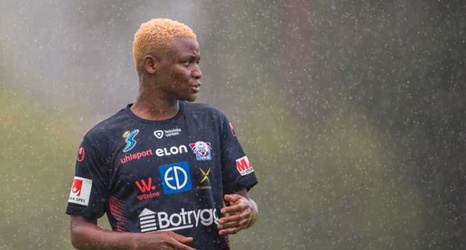 Uchenna Kanu was the heroine of the match as Linkopings claimed a 1-0 victory over Vaxjo in a 2020 Swedish Women's Cup group stage match at Linkoping Arena on Saturday.

Despite failing to find the back of the net at Lidkoping, the 23-year-old was handed the third appearance in the rescheduled national championship and she was pivotal in her side's home victory.

Following a 3-0 group opening win the last time out, Linkopings made a promising start to the encounter, although she only found a breakthrough in the 32nd minute through Kanu.

Despite Vaxjo's bid for a comeback, the Nigerian's effort was enough for the hosts as they held their nerves to claim their second group win.