Tottenham's Davinson Sanchez in talks with Sevilla over a possible switch should Julen Lopetegui lose Jules Kounde to Chelsea... with centre back down the Spurs pecking order despite Toby Alderweireld's departure 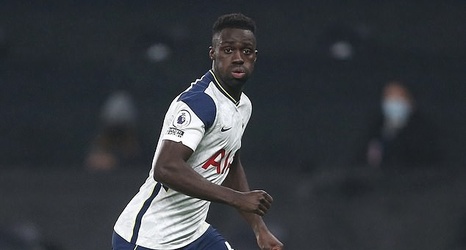 Tottenham's Davinson Sanchez is in discussions over a move to Sevilla as a potential replacement for wantaway centre back Jules Kounde, according to his agent.

The Colombian has failed to nail down a starting berth at Spurs since arriving from Ajax for £38million in 2017.

Sanchez initially fell out of favour under previous manager Jose Mourinho last season before playing in a run of Premier League matches, only to return to the bench when interim manager Ryan Mason took over.