'They will get used to watching a game on the couch': Nuno Espirito Santo fears English football will lose a generation of fans as they continue to be barred from stadiums while he also claims the pandemic will 'have an effect on developing players' 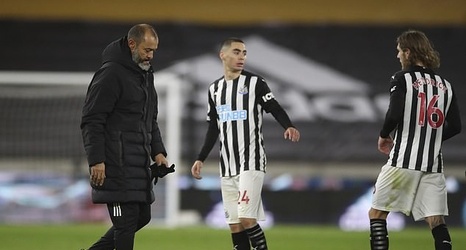 The last game to take place in front of a full crowd in England's top four divisions was Leicester's 4-0 win over Aston Villa on March 9, the final game before the leagues were halted due to the coronavirus pandemic.

Although the professional game returned in June and the 2020-21 season has been running since mid-September, there appears little prospect of fans being allowed back into grounds in the near future - and Wolves boss Nuno is worried many will have lost the habit even when they are cleared to return.