'There was a huge opportunity for football to set the tone': Gary Neville rues football's failure to set an example to the public during wage cut crisis... and Jamie Carragher believes that the dilemma must reach a solution 'in the next week or so' 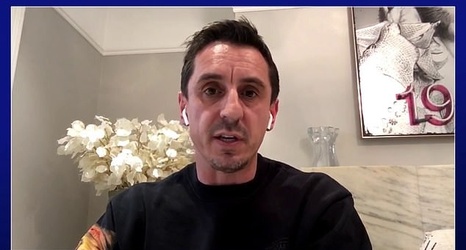 Gary Neville has bemoaned football's failure to set an example to the wider public during the coronavirus crisis - and once again directed criticism at the Premier League's approach to potential wage cuts.

The Sky Sports pundit believes the influence that sport holds will have inspired people to respond positively to the escalating pandemic, and hit out at top flight chiefs after their recent string of questionable decisions.

The Premier League echoed the sentiment that players should take a pay cut of 30 per cent on Friday, originally leading to staunch criticism from Neville among others.