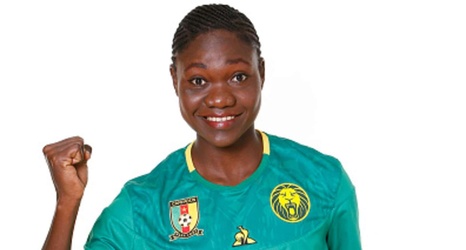 Swedish Damallsvenskan side Djurgardens have secured the services of Cameroon striker Alexandra Takounda, on a one-year deal.

The Stockholm-based outfit has agreed a deal in principle with the Indomitable Lionesses star from Eclair, despite the transfer still being subject to a medical.

The transfer brought to an end the 20-year-old's journey with Cameroonian Women's Premier League outfit Eclair, where she shaped up her football career since joining from Lorema in 2014.

Highlights of her breakthrough years at Eclair saw the youngster distinguish herself as she claimed the country's women's top-flight top-scorer award, netting 32 times in 2018.