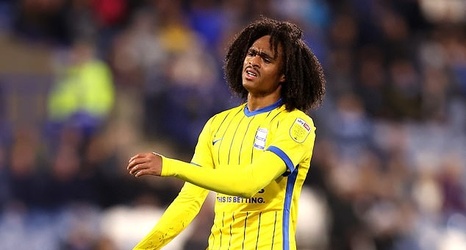 Tahith Chong has been sent back to Manchester United after suffering a groin injury on loan at Birmingham City.

The 21-year-old has been getting regular football at the Championship side, earning himself plenty of plaudits for his performances.

But both clubs have confirmed the loan spell has come to an end after he suffered the injury during a training session.

Birmingham manager Lee Bowyer claimed that the 21-year-old went down during a session with no-one near him.

United confirmed on their official website: 'Tahith has undergone surgery to repair a ruptured thigh tendon, the operation went well, and he will return to Manchester United to complete an expected four to five month rehabilitation.