Sven Mislintat insists he does not 'feel ashamed' of any of the eight signings he brought in at Arsenal... and believes 'extraordinary' Matteo Guendouzi should still be part of Mikel Arteta's squad 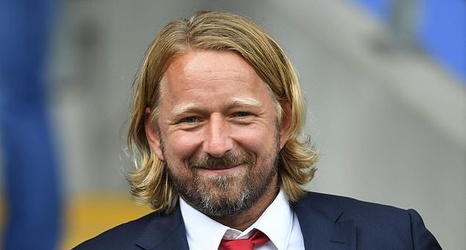 Former Arsenal head of recruitment Sven Mislintat has defended his record of signings at the club and believes they were capable of helping the club achieve their goals.

Mislintat joined the Gunners in November 2017 and brought no fewer than eight players to the Emirates Stadium before departing 14 months later after falling out with the club's hierarchy.

However, only two of those signings - namely Pierre-Emerick Aubameyang and Bernd Leno - are part of the club's first-team squad this season, with defenders Sokratis and Stephan Lichtsteiner as well as midfielder Henrikh Mkhitaryan those to have left permanently.