Super League's dirty dozen 'thought they had FIFA's backing for the project from LAST YEAR after agreeing to also play in their new Club World Cup... and were blindsided when president Gianni Infantino slated the plans' amid the widespread public outrage 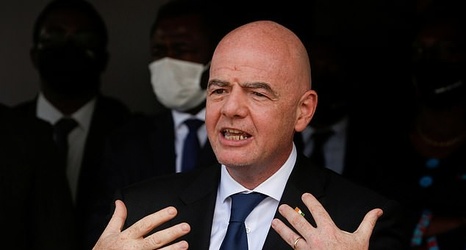 The 12 founding European Super League members reportedly believed they had support from FIFA after holding talks with football's governing body over their controversial plans.

Last month, 12 of the biggest clubs in world football - including the Premier League's 'Big Six' - signed up for the breakaway Super League which threatened the future of Europe's elite competitions.

But after mass protests from fans, media and politicians across Europe, the plans were left in tatters as teams started to withdraw one by one from the Super League within the space of 48 hours.