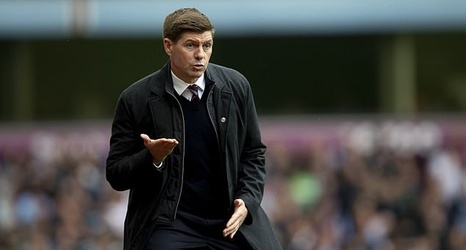 Steven Gerrard hopes Aston Villa can exploit the pressure on Manchester City on Sunday to earn the result that could hand the title to former club Liverpool.

Victory for City will secure their fourth Premier League crown in four years, yet anything less than that – coupled with a win for Liverpool over Wolves – would give the Reds their third trophy of the campaign and keep them on course for an unprecedented Quadruple.

Gerrard never won the league as a player at Anfield and though he says it would be ‘fantastic’ if Liverpool pipped City, he is frustrated at suggestions that it will give him extra motivation.