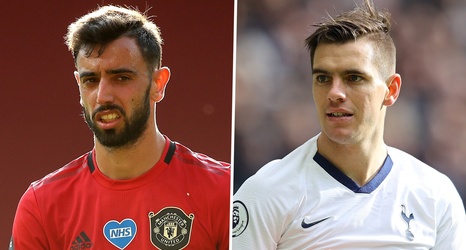 Tottenham head coach Jose Mourinho has claimed that he would not swap Giovani Lo Celso for Bruno Fernandes if given the chance, with the Manchester United midfielder having reportedly been on the verge of signing for Spurs before 'The Special One' arrived.

It is said that Tottenham had opened talks with Sporting CP regarding Fernandes during last summer's transfer window, but ultimately ended up signing Lo Celso – originally on a loan deal – from Real Betis.

Under Mourinho's stewardship, Lo Celso has since become a permanent fixture for Spurs, having completed a £27 million ($34m) transfer.