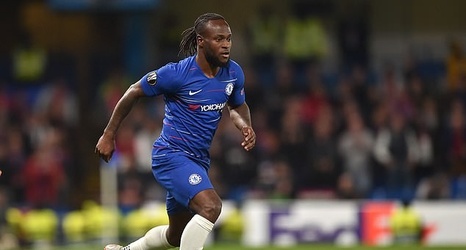 Spartak Moscow have announced Victor Moses will be joining the club on a permanent deal from Chelsea this summer.

The Nigerian joined the Russian outfit last summer on loan after failing to win over former Blues boss Frank Lampard, with the deal turning permanent if Spartak finished in the top three of the Russian Premier League.

And his temporary stay in the Russian capital proved to be a success, as he scored four goals and laid on as many assists in 19 appearances as Spartak finished runners-up to champions Zenit St Petersburg following the final round of games at the weekend.