Solo: USWNT star Lloyd could go to the 2023 Women's World Cup, but I think she's done 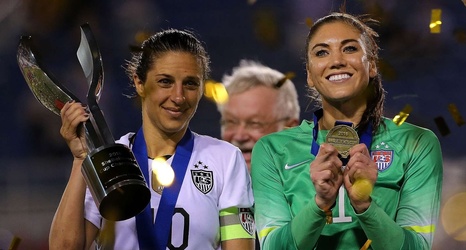 The former U.S. women's national team goalkeeper also discussed the future of Megan Rapinoe and the Olympic Games in general

Former U.S. women's national team goalkeeper Hope Solo thinks Carli Lloyd is 'done', even though she believes she could physically make it to the 2023 Women's World Cup.

The 39-year-old scored twice as Vlatko Andonovski's side won a bronze medal at this summer's Olympic Games, beating Australia 4-3 in a thrilling third-place game.

After the game, she was asked about her future and hinted that she may hang up her boots - as was 36-year-old Megan Rapinoe, who left the door more open to the future.