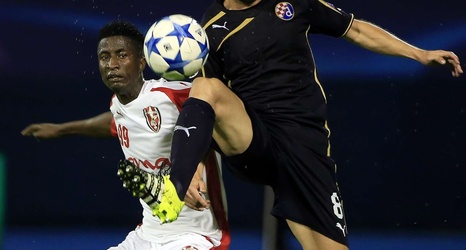 The 24-year-old attacker scored the only goal that handed his side a 1-0 victory over the Bundesliga club in a Europa League game.

The Nigeria international started from the bench for the Red and Whites and made a significant contribution in the encounter.

The forward replaced Oscar Dorley moments after the hour mark and scored the goal that made the difference.

Olayinka fired home past goalkeeper Lukas Hradecky after he was set up by Nicolae Stanciu, who earlier missed a penalty in the match.