Should Jordan Henderson be crowned PFA Player of the Year? Fergie would never have believed it, but here's why Liverpool's captain is now FAVOURITE to win the ultimate players' award 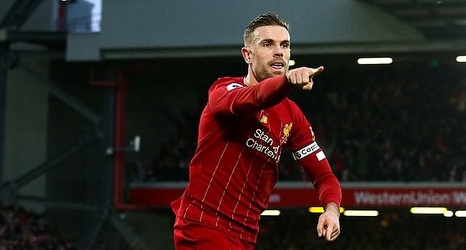 With Liverpool now just six wins away from sealing a first Premier League title, attention naturally turns to the rest of the prizes on offer this season.

For other teams, that is the top four, the domestic cups or potentially a shot at Champions League glory.

For the players, there are a host of individual awards, with the PFA Player of the Year trophy - voted for by fellow professionals - the ultimate indicator of performance over the season.

And in a campaign where Liverpool have swept all before them in the league, an Anfield star has unsurprisingly emerged as favourite for the POTY crown.