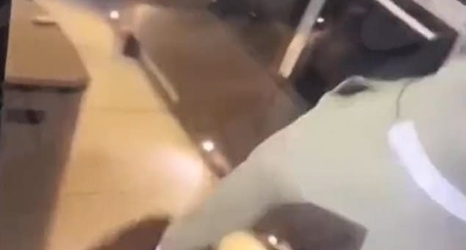 This is the shocking moment Premier League footballer Kurt Zouma kicks and slaps a Bengal cat across his home in a horrifying Snapchat video that could see him jailed.

The West Ham defender, 27, is heard laughing as he chases the cat around his £2million London home in a video taken on Sunday - the day after he appeared for the club in their FA Cup victory over non-league Kidderminster Harriers.

The footage is believed to have been filmed by his brother Yoan, and shows Zouma dropping the cat before kicking it across the kitchen floor.