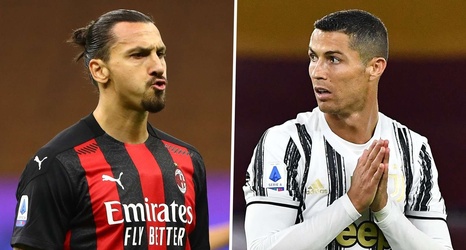 Cristiano Ronaldo is “not the best in the world”, according to former Ballon d’Or winner George Weah, but the Portuguese is considered to be an inspiration to others, just like evergreen AC Milan striker Zlatan Ibrahimovic.

Two experienced frontmen are going head-to-head in a Serie A title tussle this season, with reigning champions from Turin starting to lose their grip on the crown.

Andrea Pirlo has endured difficulties in his debut campaign as a coach, with even the presence of Ronaldo not enough to help Juve remain ahead of the chasing pack.