Romelu Lukaku is the No 1 striker in the world, according to ex-Brazil star Kaka... as he insists Chelsea striker reminds him of former Inter Milan forward Adriano 'at his best' 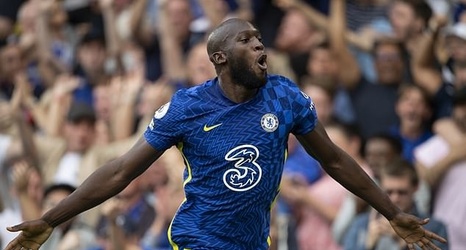 Romelu Lukaku is the No 1 striker in the world and is similar in style to former Inter Milan striker Adriano, according to ex-Brazil playmaker Kaka.

The Belgium striker scored 24 goals for Inter last season to lead them to their first Serie A title in 11 years, finishing 12 points above city rivals and Kaka's former side AC Milan.

The 28-year-old then netted four goals at Euro 2020 as his country reached the quarter-final, before earning a £98million move to Chelsea in August.

He has scored three goals for the European champions already this term, and former AC Milan star Kaka believes the Belgian has similar characteristics to his former international team-mate.