Roberto Firmino 'has been offered to Barcelona for £16.5m next summer' and Jurgen Klopp has 'agreed' to sell the Brazilian... with Diogo Jota's form key to allowing his No 9 to exit Anfield 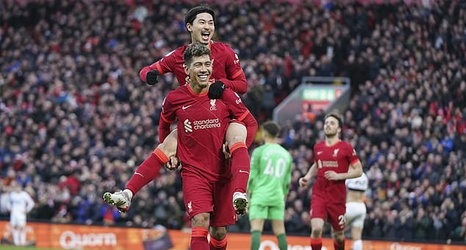 Liverpool are prepared to let Roberto Firmino leave in the summer for €20million, (£16.5m) with the forward having already been offered to Barcelona, according to reports in Spain.

The Brazilian has forged a place in Anfield folklore during his time in England, forming one of the most recognisable attacking triumvirates in world football alongside Mohamed Salah and Sadio Mane.

However, injuries, paired with the arrival of Diogo Jota, have seen the 30-year-old's playing time dwindle this season, and he has started just five of Liverpool's 22 Premier League games.