Raphael Dwamena: Another setback for Ghana striker with his heart condition 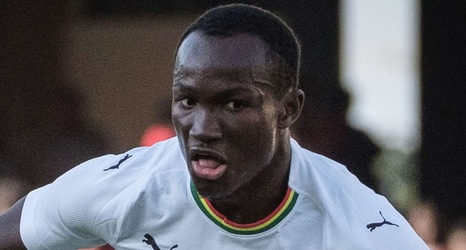 Danish club Vejle have withdrawn Ghana striker Raphael Dwamena from team engagements due to a relapse in his heart condition.

On loan from Spanish La Liga side Levante, the 25-year-old was looking to make a big comeback this season after a similar health problem truncated a loan spell with Real Zaragoza in the Spanish second division last term.

He has made five league appearances for the newly-promoted club Vejle and scored twice.

"After the club's promotion to the 3F Superligaen, Vejle Boldklub signed a contract with Raphael Dwamena," the Danish outfit had announced on their official website.