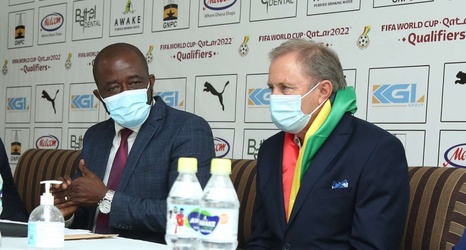 The 67-year-old is back for another stint with the Black Stars, replacing CK Akonnor

The Ghana Football Association has announced Serbian tactician Milovan Rajevac as the new head coach of the Black Stars.

The announcement was made at a press conference at the GFA Secretariat in Accra on Friday.

The 67-year-old makes a return to the West African nation for a second spell, having first led the side between 2008 and 2010, the highlight being a quarter-final appearance at the World Cup in South Africa.

He takes over from CK Akonnor, who was fired on the back of an uninspiring start to the 2022 World Cup qualifying campaign.