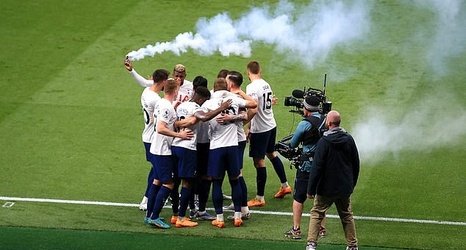 Tottenham eased past Arsenal 3-0 in a comfortable North London Derby victory at the Tottenham Hotspur Stadium on Thursday night.

Harry Kane gave the hosts the lead from the penalty spot, before Rob Holding's rash red card saw the Gunners reduced to 10 men.

A superb Kane scored another, before Son Heung-min got in on the act to put the cherry on top of the cake and lift Antonio Conte's men to one point behind their bitter rivals with two games left in the race for the final Champions League spot.