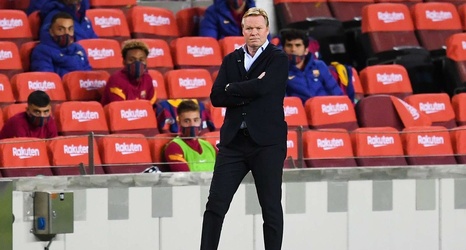 Ronald Koeman described Barcelona's 2-0 Champions League triumph away at Juventus as their "best game of the season".

Barca bounced back in style from their Clasico defeat to Real Madrid at the weekend, with Ousmane Dembele and a stoppage-time Lionel Messi penalty making it back-to-back Group G wins.

Juve failed to register a shot on target against the Catalan giants and, while impressed with how his side went about their business, Koeman did feel they should have wrapped up the game earlier than they ultimately did.

"This was our best game all season," he told reporters.