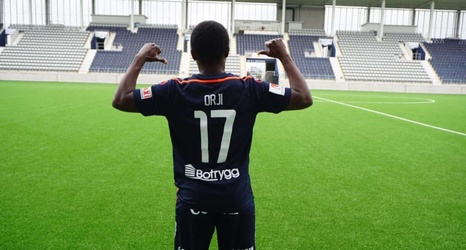 Ebere Orji continued with her fine scoring form as she netted twice but Linkopings were held to a 2-2 draw by Faith Micheal's Pitea in Wednesday's Swedish Damallsvenskan encounter.

The 33-year-old is settling in well in Linkoping since arriving from Umea in January and has scored three goals in three appearances for Olof Unogard's team this season.

The draw means the 2018 Swedish champions are now unbeaten in four matches, while Unogard's team failed to win for the first time four matches since the start of the 2020 season.

Having gained a two-point lead at the top of the log, Linkopings built on their impressive run and nearly found the breakthrough through Uchenna Kanu in the 32nd minute.