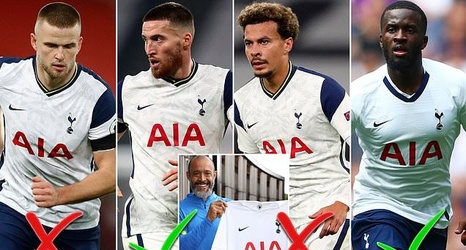 After a highly turbulent 72-day search for Jose Mourinho's successor, Tottenham finally have a new manager in Nuno Espirito Santo.

In what appeared a frantic and often desperate pursuit, Tottenham oscillated in and out of negotiations with a number of high-profile figures across Europe, some of whom got the fans excited, others sending social media into a storm of disdain.

The likes of former boss Mauricio Pochettino, Anotnio Conte, Julian Nagelsmann and Erik Ten Hag certainly fall into the former category, with Paulo Fonseca and particularly Gennaro Gattuso at the opposite end of the spectrum.