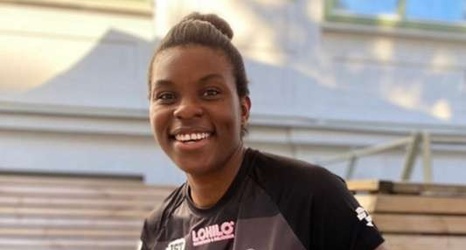 Ini Umotong has explained the cancellation of her contract with Swedish Damallsvenskan side Vaxjo, citing academic reasons.

In July, Umotong signed an 18-month deal with Maria Nilsson's team, a few days after she brought to an end her three-year spell with English Women's Super League club Brighton.

During her debut season in Sweden, she was in impressive form to help Vaxjo to a mid-table spot, finishing four points above the dropzone, scoring scored three goals in 16 appearances.

Commenting on the situation, the 26-year-old, who holds a first-class economics degree from 2017, revealed that her decision was due to her plans to continue her studies in England.