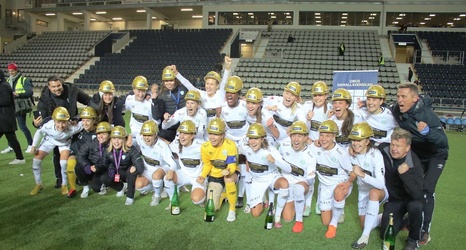 Evelyn Ijeh made history with Goteborg as they defeated Ebere Orji and Uchenna Kanu's Linkopings 7-0 at home to win the Swedish Women’s Damallsvenskan title for the first time in their history.

Having won 3-0 at Vaxjo last week, Jorgen Ericson’s ladies were on the brink of a maiden domestic title triumph, opening a four-point lead at the top of the table with two matches to go.

Going to Arena Linkopings on Saturday, Goteborg needed a win regardless of the result of rivals and 2019 winners, Anam Imo's Rosengard at 2018 champions Pitea on Sunday, to confirm their historic feat.