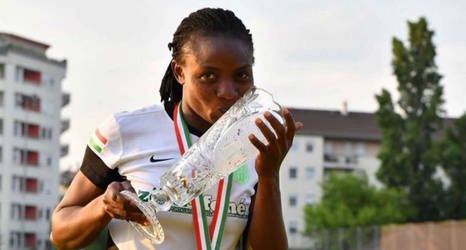 Ebere Orji has signed for Swedish Elitettan side Kalmar as a free agent from Linkopings on a two-year deal, Goal can exclusively report.

The Nigerian striker would be hoping to continue her fine professional career in the European country, having seen out her one-year deal with Linkopings in the 2020 Damallsvenskan season.

During her time under Olof Unogard's watch, Orji, who joined from Umea in February 2020, hit six goals for the Linkoping Arena outfit and was named the Damallsvenskan Player of the Month in July.

Having left Linkopings, the 28-year-old has now teamed up with an Elitettan side for the third time following spells at Mallbacken before helping Umea to top-flight promotion in 2019 in her second stint.