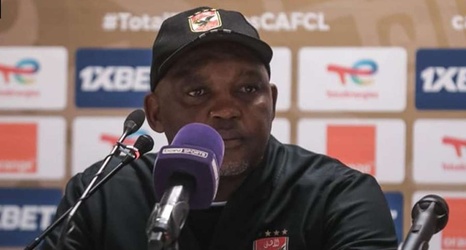 Al Ahly head coach Pitso Mosimane and his team have been fined by the club's management following the Cairo giants' shock defeat to El Geish on Tuesday evening.

The Red Devils were hoping to redeem themselves by clinching the 2020/21 Egyptian Super Cup after missing out on the Egyptian Premier League title last month which they lost to their arch-rivals, Zamalek.

However, Al Ahly were frustrated by a stubborn El Geish side and ultimately, Mosimane's charges lost 3-2 on penalties in an encounter that had ended in a 0-0 draw at Borg El Arab Stadium in Alexandria.