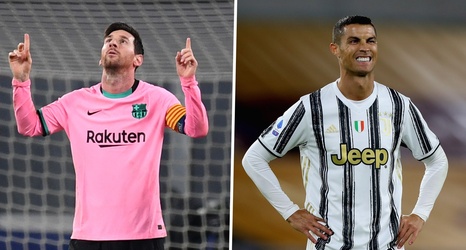 Chelsea boss Frank Lampard has picked his favourite player between Lionel Messi and Cristiano Ronaldo, while also naming a dream team of his former opponents.

Messi and Ronaldo have battled for supremacy at the very highest level for well over a decade, with their rivalry considered to be among the greatest in the history of football.

The former has spent his entire professional career at Barcelona, scoring 636 goals in 737 appearances while getting his hands on ten La Liga titles and four Champions League crowns.

Ronaldo, meanwhile, enjoyed hugely successful spells at Manchester United and Real Madrid after beginning his career at Sporting CP, before taking up a new challenge in Serie A with Juventus in 2018.