Messi left out of Barcelona's squad for trip to Dynamo Kiev 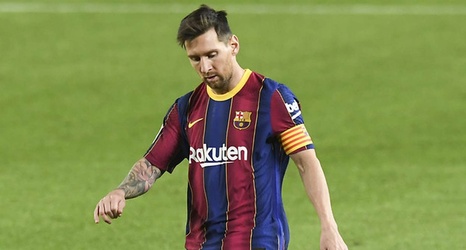 Lionel Messi has been left out of Barcelona's squad for their trip to Dynamo Kiev on Tuesday night.

The six-time Ballon d'Or winner has not been included in Ronald Koeman's final 19-man squad ahead of the Blaugrana's latest Champions League outing in Ukraine.

Messi will join Gerard Pique on the sidelines as Barca look to extend their 100% record in Group G, with the Spanish defender set to miss a large portion of the season after suffering a serious injury during Saturday's 1-0 La Liga defeat to Atletico Madrid.