MARTIN SAMUEL: Headaches after just eight games? Thiago Silva's revelation about 'non-stop aerial duels' should have set alarm bells ringing... is it too much to ask to explore this conversation to its logical end? 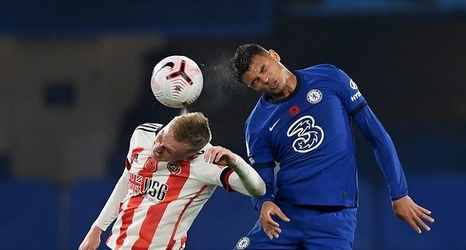 Thiago Silva was speaking on international duty, about his new life as a centre half in England.

'After my last two games, I've had a terrible headache because there are non-stop aerial duels and a very high pace of play,' the Brazilian said.

Silva's last two Premier League games were against Burnley and Sheffield United. We laugh, and say that is expected. He should have tried playing against the old Wimbledon.

Yet think about that.