Manchester United: Is Ole Gunnar Solskjaer on the brink of the sack? 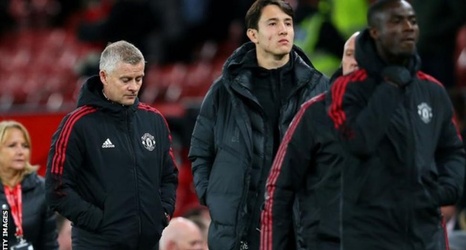 Manchester United's embarrassing 5-0 home defeat by Liverpool at Old Trafford has been followed by an avalanche of criticism towards manager Ole Gunnar Solskjaer.

Many fans believe the Norwegian should be sacked immediately after the worst home defeat to their biggest rivals, a result eclipsed only by a 7-1 defeat at Liverpool in 1895, when the club was still known as Newton Heath.

Former players have said Solskjaer has got to go and although Gary Neville has said he would not call for the dismissal of his former team-mate and friend, the former United skipper did not hold back in his condemnation of an awful performance.