'Manchester United is my second team': Adnan Januzaj reveals he STILL loves his old side despite leaving Old Trafford three years ago... as he admits Paul Pogba is his favourite player 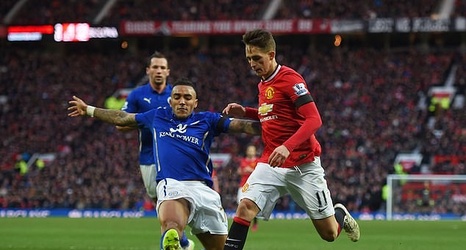 Adnan Januzaj has opened on his bond with Manchester United, revealing he still supports his old side despite being shown the exit door nearly three years ago.

The Belgium winger bust onto the scene at Old Trafford in 2013 after two years in the club's academy, but ultimately failed to make the grade.

He was sold to LaLiga outfit Real Sociedad for nearly £10million in the summer of 2017 and has helped his current side reach this season's Copa del Rey final.

But despite being happy in Spain, Januzaj says he still keeps an eye out for his former club as they look to start challenging at the top of the Premier League once again.