'Man Utd have got to keep Cavani' - Red Devils don't need to spend £100m on Kane or Haaland, says Hargeaves 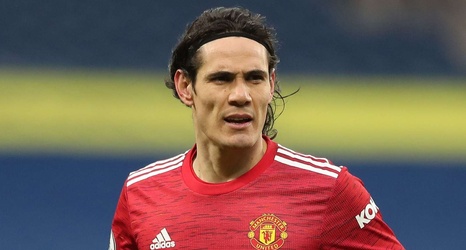 Manchester United have "got to keep" Edinson Cavani beyond the end of the season, according to Owen Hargreaves, who says the Red Devils don't need to spend £100 million ($138m) on Harry Kane or Erling Haaland.

Ole Gunnar Solskjaer has been tipped to bring in a new No.9 when the transfer market reopens, with Tottenham captain Kane and Borussia Dortmund talisman Haaland reportedly at the top of his list of targets.

Cavani's future at Old Trafford remains up in the air as he heads towards the final two months of his contract, but Hargreaves has advised United to retain the 34-year-old's services and invest their money in more pressing areas of the pitch.