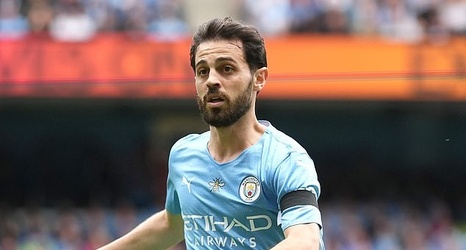 Manchester City's Portuguese midfielder Bernardo Silva has given his agent the green light over a potential move to Barcelona this summer.

Silva's contract runs until the summer of 2025, but the player has indicated to City boss Pep Guardiola that he wants to make the move to start a new chapter in his career, according to Spanish outlet Sport.

However, the Catalan giants will have to pay at least £86million for his services, which may prove to be an insurmountable obstacle given their current financial crisis.

And even if Xavi's side were able to put together a bid that could come close to City's valuation, that would only provide them with half the solution, as Guardiola will be loathe to part with the player.