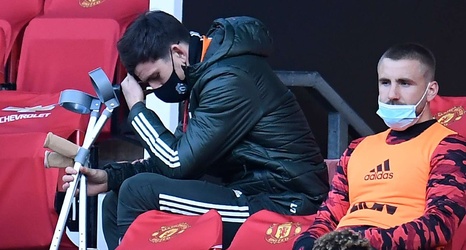 Ole Gunnar Solskjaer has admitted that Manchester United missed Harry Maguire during their 4-2 loss to Liverpool on Thursday night.

Liverpool picked up their first win at Old Trafford since 2014 thanks to a Roberto Firmino double and goals from Diogo Jota and Mohamed Salah, with Bruno Fernandes and Marcus Rashford grabbing what ultimately amounted to nothing more than consolation efforts for the hosts.

Maguire was unavailable for selection for the second successive game due to an ankle injury, and Solskjaer has conceded that the Red Devils suffered in his absence.