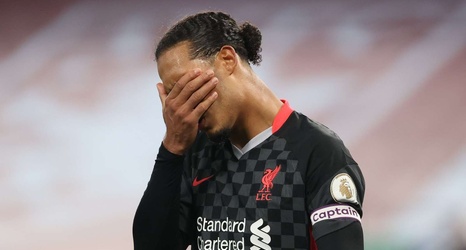 Ibrahima Konate could find himself lining up alongside Virgil van Dijk in the not too distant future, as talk of interest from Liverpool rumbles on, but the Frenchman has put a commanding Netherlands international behind Sergio Ramos on his list of top centre-halves.

A highly-rated Frenchman has become the latest RB Leipzig star to see a move to Anfield mooted, with Jurgen Klopp and the rest of Dayot Upamecano's many suitors forced to turn their attention elsewhere after seeing Bayern Munich win that recruitment race.

Konate boasts the potential to be a long-term solution for any number of clubs, with Liverpool eager to bolster their ranks after enduring an injury-hit 2020-21 campaign, but the 21-year-old may not have endeared himself to those on Merseyside when offering his take on some of Europe's top defensive talent.