Liverpool legend Jamie Carragher sponsors Marine's dugouts and warm-up shirts for huge FA Cup clash with Spurs as non-League minnows look to make up £100,000 they feared losing in gate receipts and endorsements due to Covid-19 restrictions 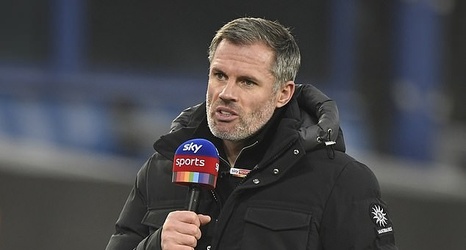 Liverpool legend Jamie Carragher has come to the rescue in Marine's hour of need ahead of the non-league club's glamour FA Cup tie with Tottenham this weekend.

The clash, which pits the eighth-tier Northern Premier League Division One North West part-timers against Jose Mourinho's millionaire megastars, will unfortunately take place behind closed doors after the Liverpool and Sefton region which covers Marine's Rossett Park ground was placed back in tier 3. The club had initially hoped to welcome 500 fans through the gates.

This blow meant the club were set to miss out on gate receipts and endorsements for the once-in-a-lifetime match totalling £100,000.