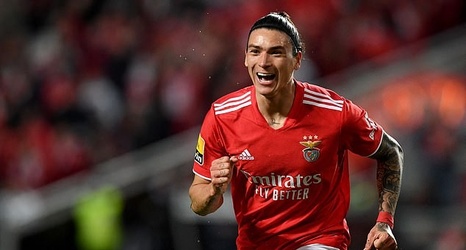 Darwin Nunez has moved a stage closer to completing his £85million transfer to Liverpool after personal terms were reportedly agreed between club and player.

The Reds are poised to smash their transfer record to sign the 22-year-old Uruguay and Benfica striker with the deal comprised of a £68m fee up front and at least £17m in add-ons.

Nunez will fill the void left by Sadio Mane's impending exit to Bayern Munich as Jurgen Klopp evolves his team's forward line in readiness for a fresh assault on silverware.

The Athletic reported on Thursday that personal terms have been agreed between Nunez and the Anfield club but nothing has yet been signed.